When I was a little girl (let’s say between the ages of 5-8), I decided to run away from home. I remember this very clearly: I got out my ever-stylish puppy backpack and tried to plan out everything I would need to start out my new life under the bridge down the street.

Ehhh…that’s as far as I got. I started realizing that successfully running away from home was going to take some actual effort. Plus, my mom was making fried chicken that night, and if you know anything about me, it’s that I do not turn down quality fried chicken EVER.

Anyway, I just couldn’t see the instant gratification in going and living under the bridge. Maybe in the long run it would pay off, like I’d establish a secret gang of troll-like-bridge-kids, and we would run the neighborhood, like the feral-children version of West Side Story. Our rival gang would be the kids who lived in that abandoned rice dryer across town, and we’d battle it out with epic choreographed dance numbers.

This would take forever, though, and I knew nothing about the intricate workings of grand musical-style dancing (except that it’s AWESOME), and that was extremely important to making this scenario work.

This brings me to my point: I still kind of have the mind-set today of blowing stuff off that will personally benefit me in the long run but seems that it will take a huge amount of effort right now, which is why it took me 26 long years to start an exercise routine.

My hubby is super into physical fitness and lifting weights and juicing kale and all of that horrible, horrible stuff. We’ve been together for almost six years, and from the beginning he’s always gently encouraged me to join him on his fitness journey.

I usually responded by asking him to wait to talk to me until Law & Order was at a commercial break. Seriously, Jack McCoy is about to bring the hammer down, and you want to talk about this NOW?

Besides, exercise took TIME and EFFORT and why would I waste an hour on that when I was still gonna be out of shape tomorrow and right now the biggest and baddest TV assistant D.A. of ALL TIME was about to lay a big fat ass-whooping down on this serial killer who used feral-troll-bridge-kids to do his evil bidding? PLEASSEEE.

But then, about a year and a half ago, I went to put on the biggest pair of jeans in my closet, and they wouldn’t button.

So, I did what any red-blooded American woman would do: I ate. A lot.  Ironically, my diet consisted of mostly fried chicken. I liken this to a deep inner turmoil at my early inability to pull off an intricate gang of dancing troll-kids. Remind me to bring this up to my therapist. I feel like it explains quite a bit about my obsession with deep fried birds.

(My husband puts up with a lot).

There were these two girls at work who went to the gym every day on their lunch break. Let’s call them Nikki and Felicia (because that is literally what their names are.) Going to the gym on your lunch break seemed like such a cool-chick thing to do. I have zero cool-chick energy (for instance: one time I stabbed myself in the face with a bean. It’s a long story), so I never took them up on their offer to join them, until one day I just DID.

It turns out that most people who exercise regularly really aren’t huge jerks like I imagined they would be. I thought that everyone would instantly judge me when I walked through the front doors, and they would just know by looking at me awkwardly strolling on the treadmill that I didn’t know what I was doing. AND THEN THROW FRIED CHICKEN AT ME (seriously, calling my therapist now.)

The truth is, I didn’t know what I was doing. But a lot of people there really didn’t know, either, and that was strangely comforting.

There was this little old couple who walked hand-in-hand on their little side-by-side treadmills in their little khaki pants with their little orthopedic shoes. And their initiative was what convinced me that maybe I could actually be cool-chick enough to go to the gym on my lunch break.

(It kind of made me feel like a loser, too, because I’m pretty sure they walked much longer than me on that day. And at a brisker pace. Also, they flipped me off when they left and purposefully tripped me on the way out. They told me never to come back on their turf without an intricate choreographed dance number, and the rice dryer kids would be waiting.)

Just kidding, they were the coolest couple I’ve ever seen. Just witnessing them doing what it took for them to be healthy motivated me, so I dug my heels in and really got moving.

Remarkably, I lost ten pounds instantaneously. My fat jeans  fit again, I felt energetic, and I signed up for and completed a 5k that afternoon. Also, ironically, global warming started righting itself and all of the problems in the entire world ended on that specific day. I was personally responsible for the uniting of previously at-odds countries, and I looked skinny and fabulous (which is just as good as, if not better than, peace on Earth). It was the best day of my life.

Ahhh just kidding again. I did lose ten pounds, but it took a year. Twelve months. Fifty-two weeks. 365 days. A little under 9000 hours. It took time and effort, but I did it, and I continue to do it (much to the amazement of everyone who has ever met me as well as myself).

I’ve gained back a few pounds, and then lost them again. It’s hard. Like, trying-to-fit-your-boombox-into-your-puppy-backpack-so-you-can-listen-to-the-Spice-Girls-under-the-bridge-hard.

Trolls these days have no idea how good they have it. Do they even KNOW what a D-battery looks like? There are probably iPhone chargers under every bridge in America by now. I’m guessing there is even an app that automatically growls “THOU SHALT NOT PASS” over a loudspeaker whenever someone tries to walk across the bridge so they can just keep doing their troll-thing and not bother with getting up to do their damn JOBS. Honestly, the ancient art of bridge-guarding has really been lost on this generation. I hear they just let anyone pass these days without even solving a riddle. What kind of crap is that?

Anyway, unlike becoming the six-year-old troll of your neighborhood, getting healthier is really worth it  and will provide you with a lot of benefits, like living longer, fitting into your pants, and not being killed by a gang of rice dryer kids. (It was a hard-knock life growing up in a rice-farming community, let me tell you.)

Since I am such an expert now at working out, here are some things I’ve learned along the way: to help you with your journey:

-You should probably actually watch West Side Story before trying to refer to it on your blog. Or, you can do what I did and just Wikipedia it. It’s kind of the same thing.

-Jack McCoy is the biggest badass on the planet. Let’s just gaze upon this mythical man-beast one more time in his natural habitat:

-You don’t have to “shred” it at the gym to get a good workout. (Also: remove the word “shred” from your vocabulary unless you’re talking about vegetables or office documents. You sound like a tool.) Just try to get moving most days of the week, and I promise you will start feeling better.

-FOR THE LOVE OF GOD, DO NOT LOOK AT FITNESS BLOGS. The women who post pictures of their “shredded” (don’t hate me) abs on these pages dedicate huge portions of their lives to fitness, and I respect them wholeheartedly for that. But if you have lived a pretty much sedentary lifestyle full of fried chicken and Netflix-binging such as myself, it’s a complete waste of time to peruse these blogs. Do not try to compete with these women; instead, compete with yourself. Try to get a little bit faster, a little bit stronger than you were last week. You will stick with an actual routine for much longer and hate yourself much less if you drop the comparisons.

-Trolls are actually very nice people, and I’m sorry if I offended anyone out there with neon-colored-vertical-hair and/or gemstones in their bellybuttons.

-Just stop thinking about it. That is the worst part–thinking about working out, and how much it will suck, and how sweaty you will get, and you will probably have to wash your hair afterwards, and man that is such a pain, and then you get wrapped up into another epic Jack McCoy monologue on the importance of upholding the mother-loving LAW–I’m getting off track. Damn you Jack McCoy and your beautiful, beautiful words (and hair).

Seriously: just go for a walk. Take your dog. Enjoy the sunshine. Don’t worry about shredding it. You’ll thank me later.

In conclusion: Trolls need to find more pride in their work these days. Also: YOU CAN DO IT! Jack McCoy says so. 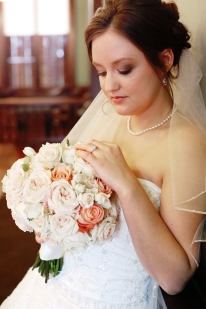 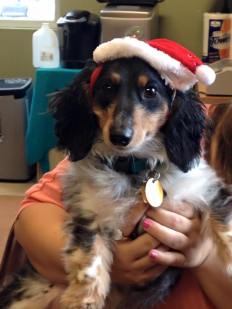 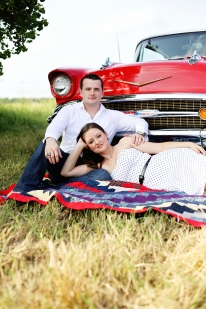